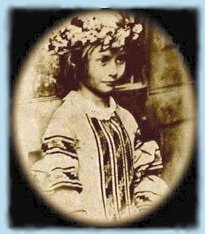 Alice:What is the use of a book, without pictures or conversations?

Few books have had the immense impact on art, philosophy and popular culture then Charles “Lewis Carroll” Dodgson’s Alice’s Adventures in Wonderland. Charles Lutwidge Dodgson was born January 27th, 1832. This year marked the 175th anniversary of his birth. There’s a huge web-selection of articles, discussions and studies on this reknowned Victorian. Wonderland is a striking book on many levels and a great revisited read as one gets older. Make this the year to return to Wonderland.

Alice: Would you tell me, please, which way I ought to go from here?
The Cat: That depends a good deal on where you want to get to
Alice: I don’t much care where.
The Cat: Then it doesn’t much matter which way you go.
Alice: â€¦so long as I get somewhere.
The Cat: Oh, you’re sure to do that, if only you walk long enough.
The Cat: By-the-bye, what became of the baby? I’d nearly forgotten to ask.
Alice: It turned into a pig.
The Cat: I thought it would.

“Earlier this year, the world celebrated the 175th anniversary of the birth of Charles Lutwidge Dodgson, better known under his pen name, Lewis Carroll. Virtually anyone who loves books can tell you that Carroll is the author of “Alice’s Adventures in Wonderland,” a masterpiece of children’s literature that has been translated into more than 100 languages, including Russian.

But few people know the story of how “Alice” appeared in Russia — a fantastic tale with several twists and turns that are almost as absurd as the book itself.” Read more about Alice’s New Adventures, in the Moscow Times

Here are some links to a few Lewis Carroll sites:

SYLVIE AND BRUNO CONCLUDED (1893)
Final part of the novel.