Have an idea for a children’s book, but don’t know where to start? Or you’re about to publish a storybook and could use some publicity advice from children’s lit authors who’ve been in your shoes? Join the second Detroit Writing Room Speakers Series featuring Michigan children’s authors and illustrators! The authors will share their publishing journeys as children’s book authors as well as tips for aspiring writers and illustrators. Enjoy a relaxing evening with drinks, meet-and-greet with the panelists and get signed copies of their children’s books!

Devin Scillian is equally at home on your television, on your bookshelf, and on your iTunes. School children, teachers and parents know him as the writer behind the Memoirs series including “Memoirs of a Goldfish,” winner of the Wanda Gag Award as the nation’s best read aloud book. Television viewers in Michigan and Ontario know him as their evening news anchor on WDIV-TV, NBC in Detroit. And music lovers know him as the winner of the prestigious Detroit Music Award for Best Country Performer. Devin is the author of 19 children’s books. His book “A is for America” became a national bestseller that even found its way beneath the White House Christmas tree. In 2004, First Lady Laura Bush invited him to read at the annual White House Easter Egg Roll. His book, “Memoirs of a Goldfish” was chosen as the Michigan Reads book, and has won a slew of children’s choice awards including New York, Maryland and New Hampshire. His other books include “Fibblestax,” “Cosmo’s Moon” and “H Is For Honor.” His newest title is “Back Roads Country Toads.” In 2017, he was honored with the Gwen Frostic Award from the Michigan Reading Association for his contributions to literacy in Michigan. 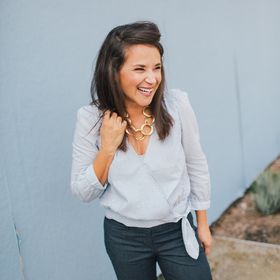 Award -winning author and founder of the publishing company, Cardinal Rule Press, Maria Dismondy inspires and educates others in the book industry. Her background in early education and research enables her to touch lives the world over while touring as a public speaker in schools, community forums and at national conferences. Maria has penned 10 books featuring topics ranging from anti-bullying to overcoming adversity to handling friendship trials and tribulations and beyond. When Maria isn’t working, she can be found embarking on adventures throughout Southeast Michigan and beyond, where she lives with her husband and three book-loving children. Find out more about Maria at MariaDismondy.com. 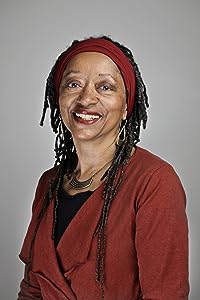 was selected asa 2014 Michigan Notable Book by the Library of Michigan. It was awarded the 2014 Midwest Book Award in Children’s Fiction by the Midwest Independent Publishers Association and was chosen as an Honor Book for the 2014 Paterson Prize for Books for Young People. Elster is also the author of the novel “Who’s Jim Hines?” — for ages 8 and older — published by Wayne State University Press and released in August 2008. Among other honors, “Who’s Jim Hines?” was selected as one of the Library of Michigan’s 2009 Michigan Notable Books. In addition, Elster is the author of the children’s book series “Joe Joe in theCity,” published by Judson Press. The first volume in that series, “Just Call Me Joe Joe,” was released in October 2001. The remaining volumes are: “I Have A Dream, Too!” (May, 2002), “I’ll Fly My Own Plane” (September, 2002), and “I’llDo the Right Thing” (January, 2003). She was awarded the 2002 Governors’Emerging Artist Award by ArtServe Michigan in recognition of the series.

Amy Nielander graduated from College for Creative Studies in Detroit. Before becoming a picture book author illustrator, she worked as a product designer and digital sculptor in the automotive industry. Her first wordless picture book, “The Ladybug Race,” received international recognition as a finalist entry in the Silent Book Contest. The story exhibited at the Bologna Children’s Book Fair and received a Bronze Medal Book Award in the Children’s Picture Books All Ages Category by Independent Publisher. Her second picture book, “Grama’s Hug” (Page Street Kids), earned a starred review from Booklist and will be available Jan. 28. Information about school visits and more can be found at amynielander.com.

Lisa Rose’s chapter book series “Star Powers” was published by Rourke Educational Media. Her first picture book “Shmulik Paints the Town” (Kar-Ben Publishing, 2016) was a PJ Library Selection in May 2016. It was sent to over 26,000 homes in North America and will again be a PJ Librarian selection 2020. “A Pocket Picture” was released this September, and Lisa has three more picture books that will be published in2020-21.  She also wrote short stories for an app called Amazon Rapids designed for at risk readers

Lisa founded the Missing Voice Picture BookDiscussion Group, whose mission is to highlight new picture books featuring diversity and little-known subjects on a monthly basis. She’s also led writing workshops at the Farmington Hills Library, Michigan Writers Conference, Michigan Library Association, Society of Children’s Book Writers andIllustrators, and Nerd Camp. Lisa has a BA from the University of Michigan and a MA in Reading from Oakland University. She was a first grade teacher for many years in Highland Park and Pontiac. Most recently, she serves as a Reading Specialist in Pontiac.  Lisa likes to swim, eat ice cream and practice yoga. But not at the same time. Most importantly, she is the mother of a visually-impaired child.