Thursday, February 4th at 7 PM The Metro Detroit Book and Author Society in partnership with Book Beat will present Mary Doria Russell, in a live streaming presentation. This is a ticketed event, which will include a copy of The Women of Copper Country, a signed bookplate by the author, and shipping to your home after the event.

One of our greatest contemporary storytellers, Mary Doria Russell is the award-winning author of seven bestselling novels, including “A Thread of Grace”, the Pulitzer Prize nominated “Dreamers of the Day”, and the two science fiction classics “The Sparrow” and “Children of God”. Her 2011 western “Doc” won the American Library Association’s award for Best Historical Fiction. Her newest book, “The Women of the Copper Country”, tells the story of young union organizer Annie Clements. It has been named a Michigan Notable Book. Russell holds a Ph.D. in biological anthropology from the University of Michigan.

About The Women of Copper Country 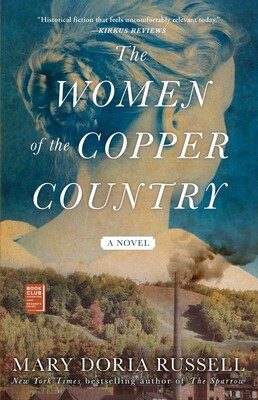 From the bestselling and award-winning author of The Sparrow comes an inspiring historical novel about “America’s Joan of Arc” Annie Clements—the courageous woman who started a rebellion by leading a strike against the largest copper mining company in the world.

In July 1913, twenty-five-year-old Annie Clements had seen enough of the world to know that it was unfair. She’s spent her whole life in the copper-mining town of Calumet, Michigan where men risk their lives for meager salaries—and had barely enough to put food on the table and clothes on their backs. The women labor in the houses of the elite, and send their husbands and sons deep underground each day, dreading the fateful call of the company man telling them their loved ones aren’t coming home. When Annie decides to stand up for herself, and the entire town of Calumet, nearly everyone believes she may have taken on more than she is prepared to handle.

In Annie’s hands lie the miners’ fortunes and their health, her husband’s wrath over her growing independence, and her own reputation as she faces the threat of prison and discovers a forbidden love. On her fierce quest for justice, Annie will discover just how much she is willing to sacrifice for her own independence and the families of Calumet.

From one of the most versatile writers in contemporary fiction, this novel is an authentic and moving historical portrait of the lives of the men and women of the early 20th century labor movement, and of a turbulent, violent political landscape that may feel startlingly relevant to today

“Fictionalized history with an important message that will resonate with contemporary readers.” — Booklist 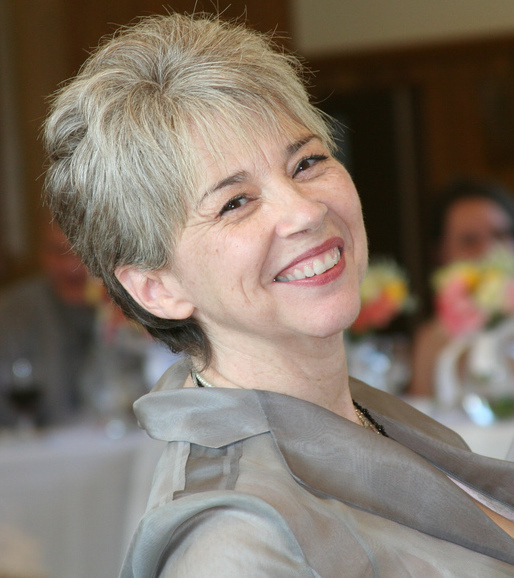 Mary Doria Russell has been called one of the most versatile writers in American literature and one of our greatest contemporary storytellers. Her novels are studied in literature, theology and history courses in colleges and universities, and often chosen as book club and “community read” selections.

Dr. Russell has served as the featured speaker for commencements, library events, volunteer organizations, and educational institutions in over 100 cities, addressing groups from the American Library Association to the Virginia Military Institute. Her guest lectures have proved popular from New Zealand to Germany as well as in the U.S. and Canada.

Russell’s first novel, The Sparrow (1996), was chosen as one of the Ten Best Books of the Year by Entertainment Weekly and won the Arthur C. Clarke Prize, the British Science Fiction for Best Novel in 1998. The sequel, Children of God (1998), won the Friends of the Library USA Reader’s Choice Award. The San Francisco Chronicle called A Thread of Grace (2005) “hauntingly beautiful,” and the novel was nominated for the Pulitzer Prize. Dreamers of the Day (2008) is one of the few novels about the Middle East praised in both Turkey and Israel. Doc, her fictional biography of Doc Holliday, was one of the Washington Post’s Three Best Novels of 2011. Its follow-on, Epitaph, examines the way the gunfight at the O.K. Corral became central to American mythology about the Old West. Her latest novel, The Women of the Copper Country, is about Annie Clements, the young union organizer who was once known as America’s Joan of Arc.