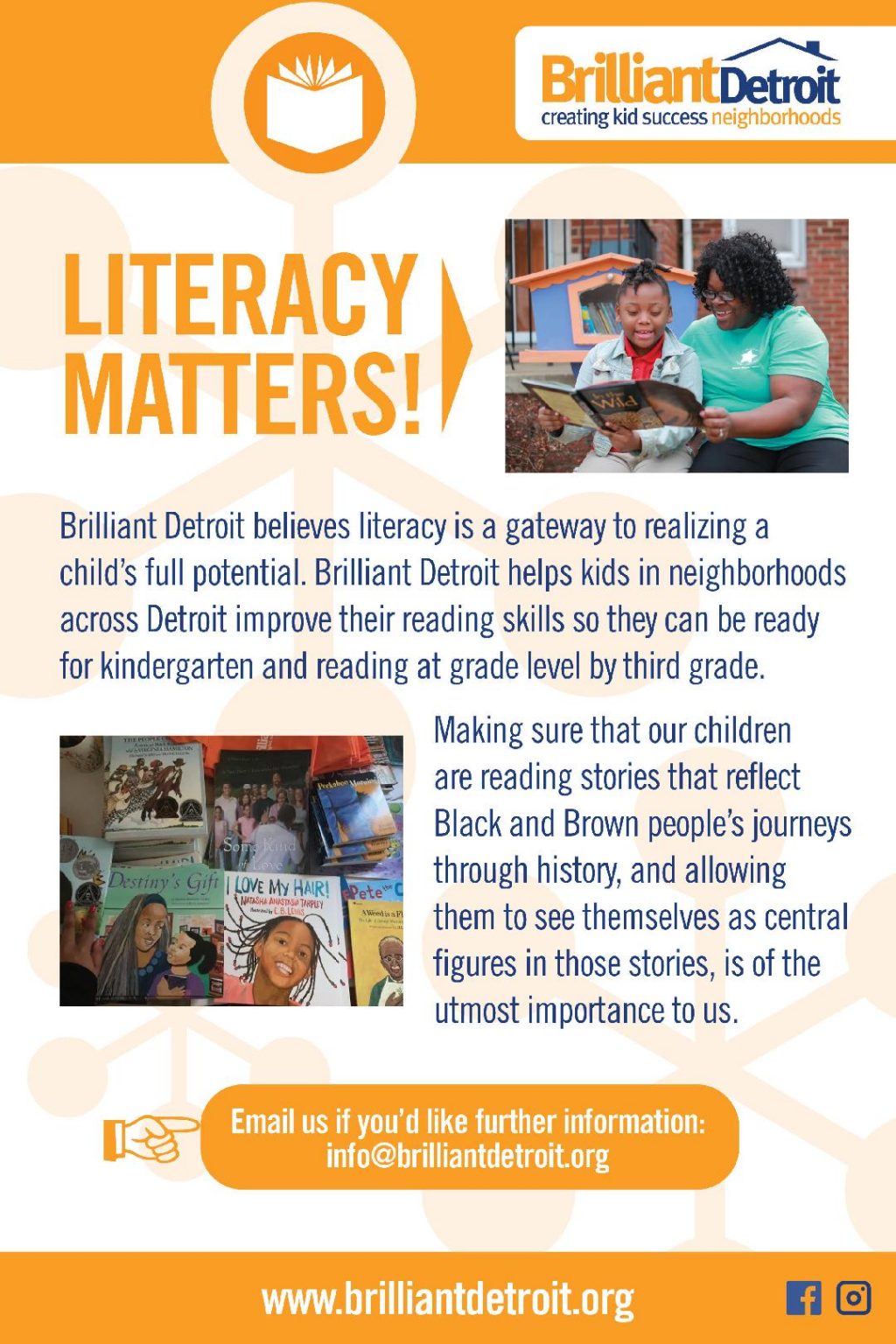 Brilliant Detroit is dedicated to building kid success families and neighborhoods where families with children 0-8 have what they need to be school ready, healthy and stable.

To help develop early reading skills in children, Brilliant Detroit has made a recommended children’s reading list.These books are available from Book Beat, and can be donated to Detroit children in need through Brilliant Detroit.