I arrogantly recommend… (current issue; Vol. 1 #3), is an irregular column of book reviews by our friend Tom Bowden, a book chomping monster who tells us, “The title comes from the British comic Stewart Lee in his occasional emails, about the books, movies, and music he listens to. (He’s a huge Cage and Derek Bailey fan). You can order these books from BookBeatOrders@gmail.com or call us: (248)968-1190 Mon.-Sat. 10 AM-5 PM. Books are also listed with past Bowden recommendations in the Bookshop.org catalog:I arrogantly recommend.

“I have stubbornly sought . . . clarity through these days that are difficult from every perspective.”

Beginning with the occupation of France by the Nazis and ending shortly before his arrest by the liberating Ally forces for collaborating with the Germans (a fallacy easily disproved with material evidence and ample witness testimony), Occupation Journal at first reads as a mere humdrum diary of daily tasks; yet it builds an argument for, in the details and incidents over its 300 pages, the moral power of constancy in daily tasks, in merely doing the right thing when called to do so, especially in deadly, uncertain times.

When the book begins, Giono’s concerns are those of most other artists’ (and tiresome for their commonness): money (who wants it, who has it, who owes it), creative frustrations, and publisher demands. Giono claims to owe 80,000 francs to the French government, complains about having only 20,000 francs in the bank, and yet reports time and again of the money he begs from publishers he immediately gives to family, friends, and neighbors for surgeries, food, and the ability to hide from the Nazis and their Pétain toadies.

Between the start and end of the Occupation, Giono saves at least a dozen people—resisters, Jews, and Communists—through personal petitions to Nazi officials, cash supplements, and shelter for those in hiding or otherwise on the run for their lives—while also being the sole support of his extended family of nine, via his writing.

His personal deadlines for his various overlapping writing projects that he documents here seem to be based on an inner balance he sets between the time it takes to turn writing into art and the urgency with which he needs to pay bills or fund, in one case, an aunt’s cancer surgery. The more urgent the need, the faster the manuscript goes to the publisher for payment. Between the start and end of the Occupation, Giono writes, in addition to this journal, six novels and two plays and translates one novel.

The humdrum details of life amount to Giono demonstrating a form of heroism that lies in persisting in the skills of what one knows best and in doing the right thing merely because it is the right thing to do, without expectation of accolade or appreciation for either. 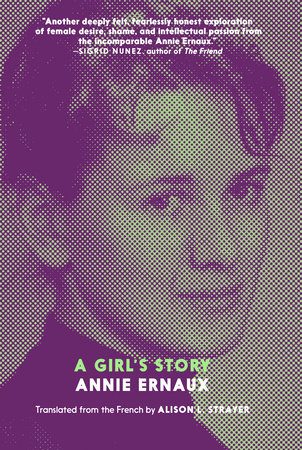 In the summer of 1958, at age 18, Annie Duchesne left the confines of her isolated rural home and strict Catholic education eager to have sex (she had no idea of male anatomy) and find eternal, romantic love (with the same person she had sex) at a summer camp for children she would instruct. Almost immediately upon arriving at the camp, she has sex with an older camp hand—although “has sex” is a disingenuously neutral phrase for what, based on Ernaux’s description, reads like a rape scene, although interpreted by her 18-year-old self as her initiation into romantic love with the man she was meant to marry. “The man she was meant to marry” never acknowledges her existence again, until months later, after his girlfriend leaves town. Ernaux has made it clear for months she’s his for the asking, and they have fast, lousy sex.

Ernaux sets out to re-capture, re-imagine the young woman she was over 50 years ago, based on her diaries from 1958-1961. The camp she was sent to instruct at was a reward, a scholarship of sorts, based on her academic achievement, which would pay for the college education she would begin in the fall. Her parents were small shop owners, poorly educated, and the world they brought their daughter into narrow, conservative, and constricted.

“To list her social inadequacies would be interminable. She does not know how to make a phone call, has never taken a shower or bath. She has no experience of environments other than her own, which is Catholic and working class, of peasant origin. From this distance in time, with her great insecurity about her social graces and use of language, she seems to me gauche, ill at ease, even rough spoken.”

“It is a different kind of shame from being that of being the daughter of shop-and-café owners. It is the shame of once having been proud of being an object of desire. Of having considered her life at camp an emancipation. The shame of Annie, what does your body say, of I don’t know you from a hole in the wall, and the scene by the message board: the shame of being laughed at, and held in contempt. A girl’s shame.”

To little surprise, Ernaux follows up three months of intense promiscuity with two years of bulimia, a condition that also temporarily ends her period. Ernaux’s mother interprets the end to her daughter’s period as the result of some horrible sin committed by the daughter, and at first refused to allow her daughter’s college education until her period returned. 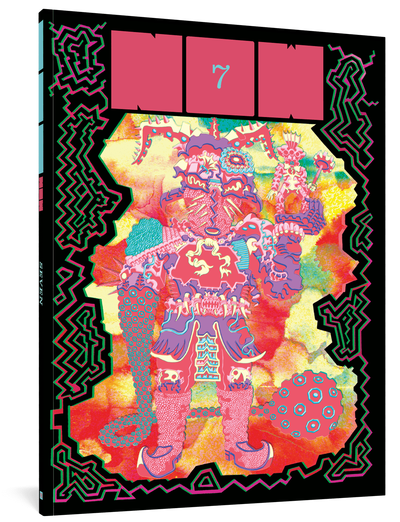 “It’s like a special comic art festival just for you and your cat, without the agonizing small talk.” — Broken Frontier

This newish quarterly anthology of illustrated stories features works by people from a variety of nationalities, ethnicities, and genders. The subjects range from autobiographical to fantastical, and the forms range from traditional linear narratives to explorations of what the medium can do with the experience of sequentially-viewed panels. As anybody can say who has made even a half-hearted exploration of cartooning these days, every nation around the world loves and participates in cartoon narratives, and the styles range from the better known super-hero comics to the hand-copied-and-stapled 8-page mini-comics produced by thousands of amateurs around the world who just want to express themselves in images and words.

A single, 125-page quarterly can’t hit the entire gamut every issue, of course. And not every story or form of illustration will work for all readers. But for readers with a voracious appetite for new artists and forms but not the time or budget to sift through the thousands of books and pamphlets published every year, anthologies such as Now! help them keep up, based on the tastes of editor Eric Reynolds, a decades-long member of the Fantagraphics crew with a deep knowledge of the history of comics.

Mitchum collects five comic books by the French cartoonist Blutch, plus a batch of unfinished pieces, all intended to evoke the noir spirit of Robert Mitchum. Told with dream-like imagery and speed, the stories fall more on the surrealistic side of dreams rather than the joyful or horrific, so the pleasures here (for me, at least) were largely taken from the artistry: the page layouts, and the energy in the lines revealing a craftsman behind the dashed and scribbled panels.

Guy is the anti-hero who puts the “anti”- in “anti-“: Nothing is redeemable about this creep, a drunken sailor with just enough awareness to act always and only for opportunistic, craven, manipulative, and predatory reasons. Guy has zero redeeming qualities: he neither does nor is ever tempted to do the right thing. Allegiance to alcohol is his only fealty. Why read a book about such a horrible person? Well, the art is good and inventive, and plays lightly with the boundaries of visual storytelling (but not too much—everything is linear; just despicable).

The conclusion I hoped to reach … with this story was the following: the most dissimilar facts can be connected in such a way that they participate in the same story, and their incoherence can become coherent. If you get a call for the wrong number, it’s going to rain. If a pigeon alights on the balcony rail, there’s going to be a subway strike. If a country changes its name, a relative is going to die …There are no restrictions, there are no forbidden subjects. -Cesar Aria, Artforum 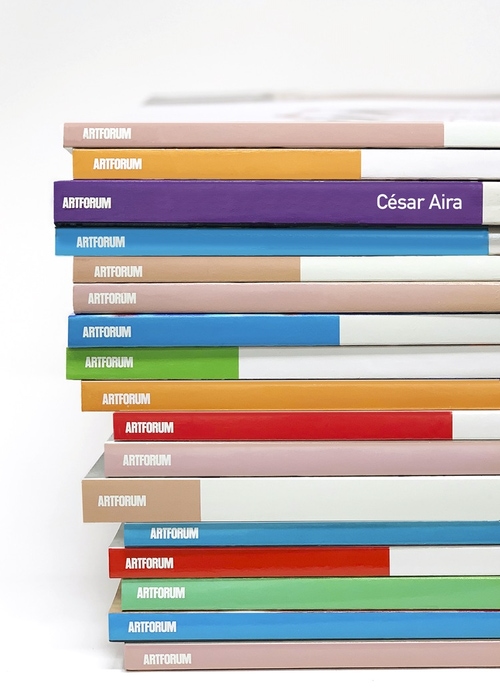 A series of interconnected stories about obsession and drive, specifically, Aira’s fascination with Artforum magazine and his urge to own as many back issues as he can. Written over several decades, the stories don’t discuss the design and contents of the magazine—those qualities are an unspoken given; instead, the stories concern the act of acquiring Artforum issues (one by one and in fell swoop) and the means and lengths to which he will ago to satisfying his drive to have them. After decades of finding issues only by chance in Buenos Aires (where he lives), a friend tells him of an estate sale with a large collection of the magazines. Is it weird, rash, wrong to buy so many back issues at once?

“There was something crazy about the imprudence. Isn’t it dangerous to be happy? Wouldn’t it have to be paid back afterwards? Wouldn’t it be a better idea to save something for later? The answer is: No.”

A person doesn’t have to know anything about Artforum to appreciate the irrational obsession to collect and adore a set of something, to laugh at the things obsessive types do and say to rationalize their behavior.

The Castle of Truth is from Princeton University Press’s “Oddly Modern Fairy Tales” series, edited by Jack Zipe. According to the publisher’s website, the series is “dedicated to publishing unusual literary fairy tales produced mainly during the first half of the twentieth century.”

Zur Mühlen wrote these fables, during the ’20s and ’40s, while living in Nazi-controlled/adoring Austria—a time in which Zur Mühlen transformed from a Marxist-socialist-fabulist to a fabulist of a “spiritual” (and non-orthodox) Catholic bent. Either way, the ideology is so ossified and unyielding, I can imagine only three sorts of people interested in these stories: folklorists and historians of political science, and cruel parents who despise their children. Let me illustrate:

“I don’t understand why [capitalists] are such mean people,” Peter said.

“The matchbox wanted to explain this to you,” responded the bottle somewhat reproachfully. “It wanted to tell you about the capitalist system, but you fell asleep while it was talking.”

In “The Broom,” Franz receives an enchanted feather pen from a sorcerer:

The feather wrote and wrote. It wrote two pages full, and when it was done and Franz read what it had written, he saw a beautiful poem about the suffering of poor people and the wickedness of rich people. It was a poem that one could read aloud only in a tearful, sobbing voice.

Or you could just turn the page and avoid the whole ordeal.

Cynical nihilism meets dada. Is that decadence? It’s funny at least, the product of a great hater (i.e., “Congratulations on the lung cancer, Susan. I await your death with great eagerness. Little time remains to you—which I’m sure you’ll waste.”)

An art project 20 years in the making, the tenth volume in Sean Tejaratchi’s Crap Hound series, this volume focusing on fears, anxieties, worries over body image, family disaster, diseases—you know, things that make people unhappy. Tejaratchi uses clip art from the 1920s –‘80s to show how capitalism and religion have exploited a variety of fears to their advantage, using the elements of commercial design layout to create rococo collages that almost seamlessly segue into each other across the books 540 pages. An anthology of popular culture visual tropes that illustrate the human insecurities capital and religion made their bread from, mid-20th century, USA. High on the Weltschmertz Scale, whatever the units may be.