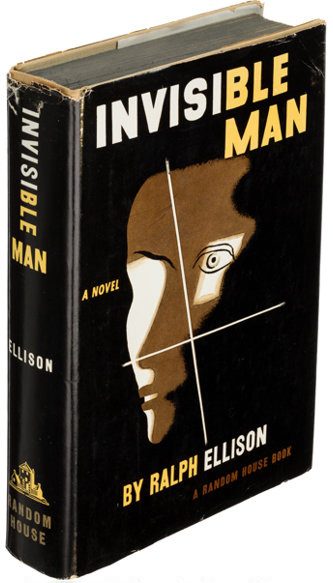 At the end of June, Stephen Henderson on Detroit Today announced that this year’s WDET Summer Book Club selection would be Invisible Man by Ralph Ellison. Published nearly 70 years ago, Invisible Man was Ellison’s first and only novel to appear during his lifetime. (A second, Juneteenth, was published posthumously in 1999, condensed by the executor of Ellison’s literary estate John F. Callahan from some 2000 pages of notes the author had written over a 40-year period; a longer version, titled Three Days Before the Shooting…, was published in 2010.) Invisible Man won the National Book Award for Fiction in 1953, the first book by a Black author to do so, and it remains relevant to the current day.

Invisible Man traces the story of an unidentified narrator as he journeys from the South of his youth up to Harlem as a young adult and his many, often fantastic encounters along the way, chronicling his quest for an authentic self-identity and thus “visibility” within the consensus—which is to say white, middle class, and heteronormative—culture of midcentury America. Much more than a coming-of-age story, Invisible Man addresses social, political, and cultural issues of race and racial oppression that have confronted African Americans from before the founding of the Republic up to the present. Indeed, the novel’s climatic event reads as if it could have been ripped from yesterday’s headlines covering the Movement for Black Lives.

Yet, Ellison always insisted that Invisible Man was not a “protest” novel along the lines of Richard Wright’s Native Son. Invisible Man eschews any connection with a political ideology—the organization known as the Brotherhood that appears throughout the novel’s second half is a thinly veiled critique of Communism, which Ellison personally rejected, as just another form of exploitation of Blacks ultimately not that far removed from the more obvious types of racial oppression. If anything, Invisible Man is more closely aligned with the individualistic ethos of postwar Existentialism and its precursors, most particularly Fyodor Dostoevsky. (To be sure, in his 1981 introduction to a later edition of the book, Ellison specifically cites Dostoevsky’s Notes from Underground as a model with the opening of his book “I am an invisible man” mirroring the Russian classic’s first sentence “I am a sick man.”)

Although hailed by many at the time of its publication, including novelist Saul Bellow and critics Irving Howe of the Nation and Orville Prescott of the New York Times, Invisible Man was criticized by a later generation of Black scholars for not being revolutionary enough in its emphasis on individual self-actualization as opposed to more clearly aligning itself with the greater struggles of the Black community. Feminists have also criticized the book for its lack of positive female characters and certainly several passages of Invisible Man are jarring to contemporary eyes in that regard. Still, Invisible Man has much to recommend it for contemporary readers, particularly in light of recent events across the country and the world, making it an appropriate, provocative, and inspired choice for this year’s WDET Summer Book Club.

“Complexity” was the term that Ralph Ellison deployed most often to describe black life and culture. And it is the term best suited to convey the character of this brilliant, often disapproving and unsparing man. — Saidiya Hartman, from a New York Times review of: The Selected Letters of Ralph Ellison

Born in 1914 in Oklahoma City, the grandson of slaves, Ralph Waldo Ellison and his younger brother were raised by their mother, whose husband died when Ralph was 3 years old. His mother supported her young family by working as a nursemaid, a janitor and a domestic.

From an early age Ellison loved music and expected to be a musician and a composer. He played his first instrument – a cornet – at age 8. By 19, he had enrolled at Tuskegee Institute as a music major, playing the trumpet. –Read more at: The Library of Congress

“Something indisputably American about Negroes not only raised doubts about the white man’s value system, but aroused the troubling suspicion that whatever else the true American is, he is also somehow black.” [–Ralph Ellison] To become a true American a white person must partake of blackness. — John F. Callahan on Ralph Ellison’s Two Inviolable Identities, Lit Hub

Vince Carducci has written for many publications over the last two-and-a-half decades, ranging from alternative weeklies and webzines to academic journals, anthologies, and encyclopedias. He is Dean Emeritus at College for Creative Studies, which according to design guru Steven Heller is “one of the vanguard art, craft and design schools in the nation, in the surprisingly beautiful city of Detroit.” His art reviews are collected online at Motor City Art Review: A blog about art, culture, and other stuff Follow Vince on Twitter @cultrindustreez.