Dan Georgakas will give a presentation of a newly published edition of his book Detroit, I Do Mind Dying at the Book Beat bookstore on Saturday, October 20th from 1-2 PM. The Book Beat is located at 26010 Greenfield in Oak Park. Please call 248-968-11190 for more information. Dan will also be speaking at 6 PM, Saturday, October 20th at St. Peter’s Episcopal Church, 950 Trumbull (Trumbull & Michigan Ave.)

This updated edition includes the original Foreword by Manning Marable, a new Preface by the authors, Dan Georgakas and Marvin Surkin and new chapters on the ‘Legacy of Drum’ by Sheila Cockrel, Herb Boyd, Edna Ewell Watson and Michael Hamlin.

“First-rate and absolutely fascinating. This particular piece of American history has never been covered in such depth…everyone who is concerned with political change will learn a lot from this book.” — New York Times

[T]he insights offered by the league … remain as urgent and relevant today as they were in the 1970s.”– H-Net Book Review

“A historical narrative of the single most significant political experience of the 1960’s.” — Fredrick Jameson

“A beautiful, riveting account of one of the most imporant radical movements of our century—a movement led by black revolutionaries whose vision of emancipation for all is sorely needed today.” —Robin D. G. Kelley

Dan Georgakas is a writer, historian, and activist with a long-time interest in social movements. He co-edited Solidarity Forever: An Oral History of the IWW, Encyclopedia of the American Left, and The Immigrant Left in the United States. Dan Georgakas is a longtime editor of Cineaste magazine and has contributed to numerous film anthologies and other film journals. Dan Georgakas founded the Greek American Committee of the Modern Greek Studies Association and has contributed to numerous ethnic journals and newspapers. His memoir is My Detroit, Growing Up Greek and American in Motor City. He lives in Amherst, Massachusetts. 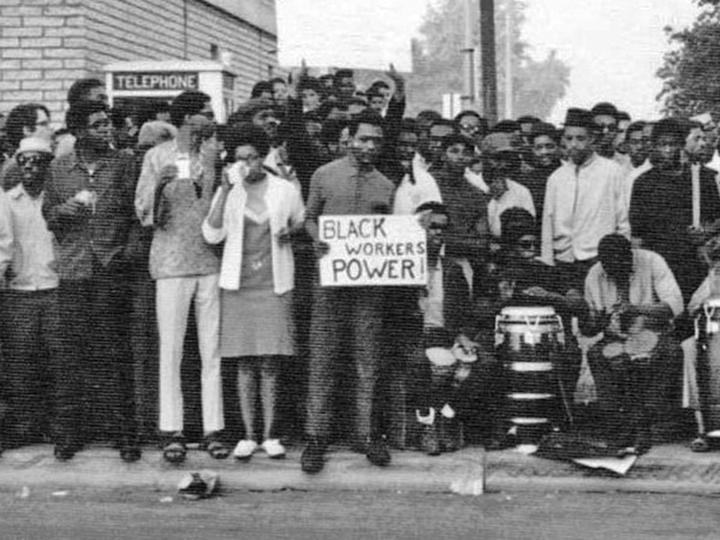 FINALLY GOT THE NEWS is a forceful, unique documentary that reveals the activities of the League of Revolutionary Black Workers inside and outside the auto factories of Detroit. Through interviews with the members of the movement, footage shot in the auto plants, and footage of leafleting and picketing actions, the film documents their efforts to build an independent black labor organization that, unlike the UAW, will respond to worker’s problems, such as the assembly line speed-up and inadequate wages faced by both black and white workers in the industry.

Beginning with a historical montage, from the early days of slavery through the subsequent growth and organization of the working class, FINALLY GOT THE NEWS focuses on the crucial role played by the black worker in the American economy. Also explored is the educational ‘tracking’ system for both white and black youth, the role of African American women in the labor force, and relations between white and black workers.  -Source; Icarus Films

“A classic and legendary film, and its new edition by Icarus Films is absolutely welcome and fantastic news. …It is a very valuable and interesting piece of American urban history, and thus this film would be very interested to watch not only for those interested in the United States, race relations, but also for students of urban studies. It documents a pivotal moment in the history of American cities and given the fact that many places in the world, and especially in the global south, have experienced an industrial revolution much greater in scale than the one in Europe and North America a century ago, it is not as distant from the problem we face in contemporary that one may think at first glance.” —Anthropology Review Database, December 2011

“Although most histories of the Civil Rights and Black Power movements give greater attention to [other groups]… the League [of Revolutionary Black Workers] was in many respects the most significant expression of black radical thought and activism in the 1960s. The League took the impetus for Black Power and translated it into a fighting program focusing on industrial workers.” —Manning Marable, Director, Institute for Research in African-American Studies, Professor of History, Columbia University

“A classic! Rather than the lock-stepped, black-bereted, leather-jacketed Panther units of other films, FINALLY shows rather ordinary people becoming very angry with the system. Ideological in the best sense: it is a film about ideas [and] presents a serious strategy for mass working class action… It speaks of a specific time and specific experiences in terms that will remain relevant as long as working people are not able to control their own lives.” —Dan Georgakas, for Cineaste

“[The League of Revolutionary Black Workers]… was one of the most important radical movements of our century – a movement led by black revolutionaries whose vision of emancipation for all is sorely needed today.” —Professor Robin D.G. Kelley, New York University

In this 2014 video interview General Baker shares some important history and lessons about organizing and the Dodge Revolutionary Union Movement (DRUM). His insightfullness, humor and militancy provide us with a clear understanding of his down to earth character and his commitment to others. General Baker left us on May 18, 2014, with a proud legacy to uphold! 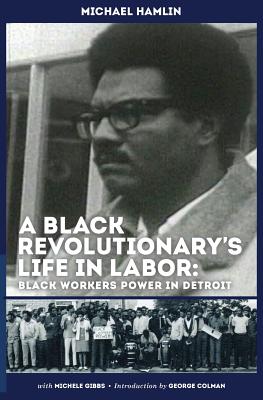 Another important document on this period of struggle is A Black Revolutionary’s Life in Labor: Black Workers Power in Detroit by Michele Gibbs and Michael C Hamlin. Hamlin, a key organizer of DRUM and a leader of The League of Revolutionary Black Workers, describes his role in the 1960’s and early 1970’s when black assembly line workers shut down Chrysler Detroit’s Dodge Main and Eldon Road auto plants to protest racial discrimination, safety violations and poor working conditions. The actions spawned a national revolutionary union movement built on black workers power.

In documented conversation with Michele Gibbs, political activist, artist and poet, Hamlin offers an inside look at the development of the League and its internal struggles, analyzes historic gains made and lessons learned as they apply to the continuing fight for racial equality by the working class. The book includes a Readers Study Guide, appendices of documents, poetry, artwork and photos pertinent to the period.