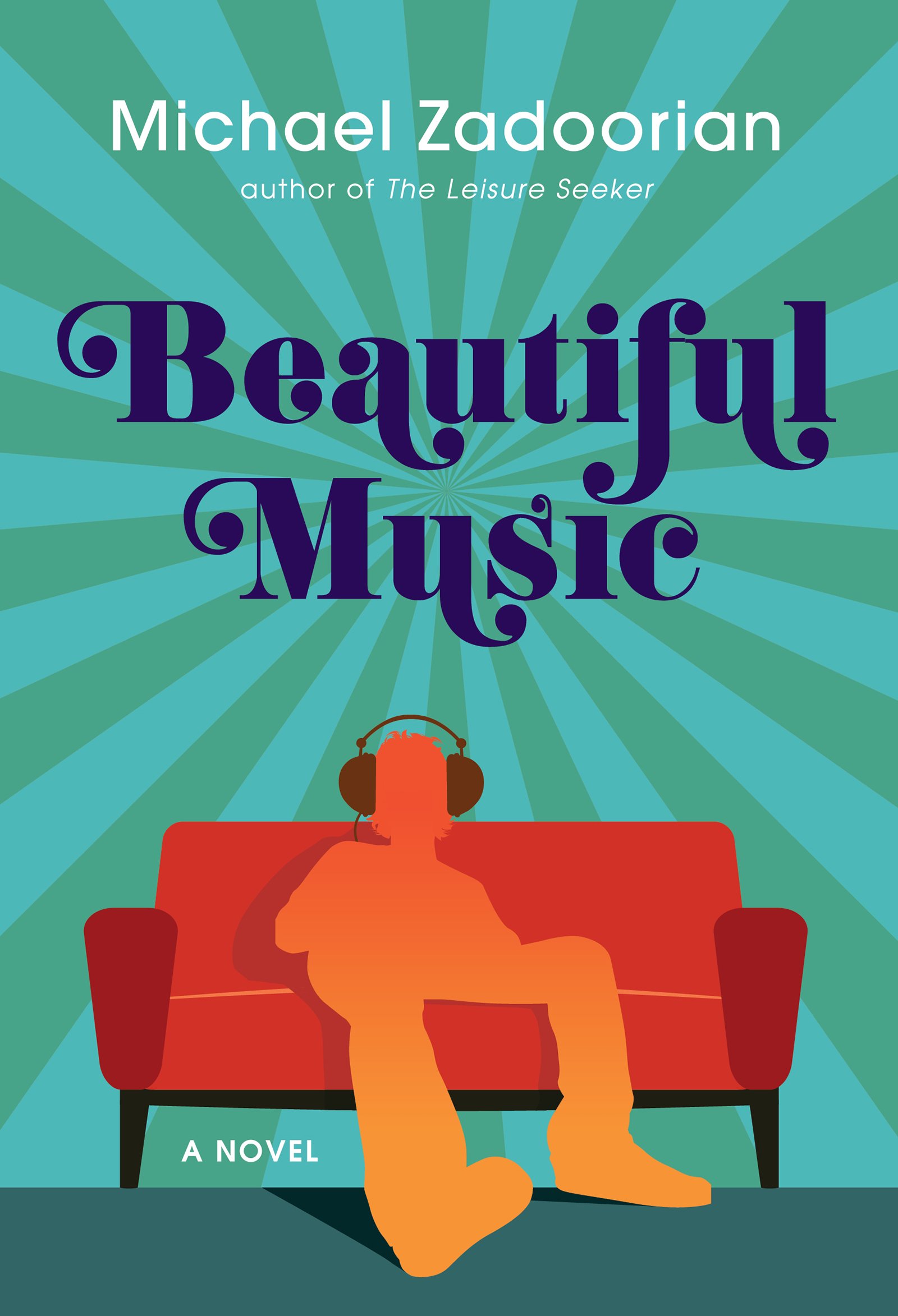 Join us at the Farmington Branch Library on July 12th for a special event featuring Michael Zadoorian’s latest book – “Beautiful Music”. Zadoorian will be joined by Grammy and Oscar Award winning musician and songwriter Luis Resto to perform sections from his newly released book. The event will take place from 7pm – 8pm on Thursday, July 12th in the Farmington Branch Meeting Room. The Farmington Branch Library is located at 23500 Liberty Street in Farmington. The Book Beat will be selling copies of “Beautiful Music” at the event and is available in both hardcover and paperback.After the presentation, Michael Zadoorian, will discuss his book with the audience. This event is free and open to the general public.

Please be aware attendees must register in advance for the event. Please go here to register for the event.Please contact Jennifer Hassell at the Farmington Branch for any questions about the event: Jennifer’s Phone: 248-553-0321.
Jennifer’s Email: jennifer.hassell@farmlib.org

Mr. Zadoorian is also the author of the best-selling novel The Leisure Seeker,  recently made into a feature film. If you have any questions, or would like to reserve a copy of Beautiful Music please call Book Beat at (248) 968-1190.

“I was kind of a lonely, nerdy little guy,” says Zadoorian. “I was too sensitive for my own good.” –from a recent interview with Zadoorian in the Detroit Free Press

Set in early 1970s Detroit, a divided city still reeling from its violent race riot of 1967, Beautiful Music is the story of one young man’s transformation through music. Danny Yzemski is a husky, pop radio–loving loner balancing a dysfunctional homelife with the sudden harsh realities of freshman year at a high school marked by racial turbulence.

But after tragedy strikes the family, Danny’s mother becomes increasingly erratic and angry about the seismic cultural shifts unfolding in her city and the world. As she tries to hold it together with the help of Librium, highballs, and breakfast cereal, Danny finds his own reason to carry on: rock and roll. In particular, the drum and guitar–heavy songs of local legends like the MC5 and Iggy Pop. In the vein of Nick Hornby and Tobias Wolff, yet with a style very much Zadoorian’s own, Beautiful Music is a touching story about the power of music and its ability to save one’s soul.

“How do we find soul-saving comfort in moments when deep personal loneliness coincides with a world gone increasingly mad? This question is at the heart of Beautiful Music, Michael Zadoorian’s funny and melancholic novel that navigates the haunted history of the Rust Belt. Zadoorian shows how music has kept the region’s heart beating–especially Detroit’s–even in the most crushing and confusing of times.”
—Dean Bakopoulos, author of Summerlong

“Michael Zadoorian has captured an era when Detroit simmered with anger and fear while it simultaneously reverberated with the joyous noise of rock and roll. Beautiful Music eloquently evokes the beauty, confusion, and power of that late 1960s/early 1970s milieu.”
—Don Was, Grammy Award–winning producer, musician

“The story of Beautiful Music is painted with rich, exquisite detail and all the painful hyperawareness of growing up in a culture of mixed signals, confusion, and loss. Salvation comes through music. A miraculous safe place in which to belong.”
—Nancy Wilson, singer/guitarist, Heart

About Michael Zadoorian’s The Leisure Seeker:

“The Leisure Seeker is pretty much like life itself: joyous, painful, moving, tragic, mysterious, and not to be missed.”—Booklist, starred review

The Robinas have shared a wonderful life for more than sixty years. Now in their eighties, Ella suffers from cancer and John has Alzheimer’s. Yearning for one last adventure, the self-proclaimed “down-on-their-luck geezers” kidnap themselves from the adult children and doctors who seem to run their lives and steal away from their home in suburban Detroit on a forbidden vacation of rediscovery.

Michael Zadoorian with Dame Helen Mirren at the Toronto Film Festival premiere of The Leisure Seeker.

Zadoorian is a recipient of a Kresge Artist Fellowship in the Literary Arts, the Columbia University Anahid Literary Award, the Michigan Notable Book award, the Great Lakes Colleges Association New Writers Award and was long-listed for the International IMPAC Dublin Literary Award.

His work has appeared in The Literary Review, Beloit Fiction Journal, American Short Fiction, Witness, Great Lakes Review, North American Review, The Huffington Post and the anthologies Bob Seger’s House, On The Clock, and Detroit Noir. He has worked as a copywriter, journalist, voiceover talent, shipping room clerk, and plant guard for Chrysler. A lifelong resident of the Detroit area, he lives with his wife in a 1937 bungalow filled with cats and objects that used to be in the houses of other people.

Luis Resto is known as one of most creative and accomplished musicians and songwriters active in Detroit today. A seminal member of the groundbreaking Was (Not Was), Luis Resto was highly influential in the development of that Detroit band’s avant-garde funk.

As Eminem’s songwriting foil and live keyboard player, Resto composed music for the hit film 8 Mile and was co-writer of “Lose Yourself”, the smash single which spent 12 weeks atop Billboard’s Top 100 and garnered Luis both a Grammy and an Oscar.